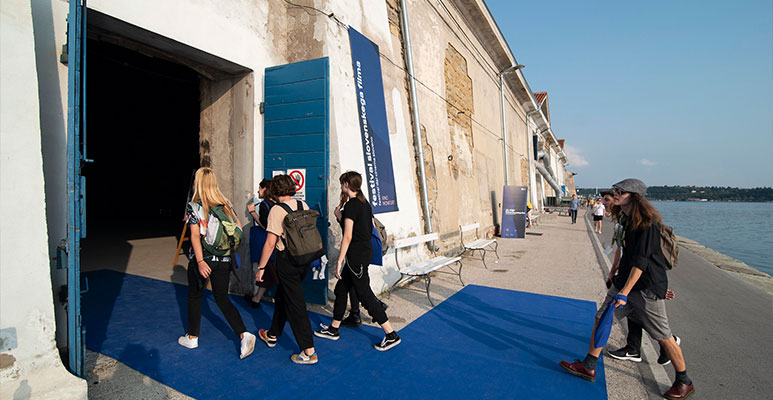 Monfort is a former salt storehouse on the waterfront just outside Portorož that can transform into a cinema with a unique atmosphere. In previous years, it served as an additional venue for panorama screenings. This year, however, both Monfort and Avditorij have been made equal as the two main venues with the festival line-up, including films in competition, evenly distributed between them. An additional venue is the Tartini Theatre, Piran, where two complimentary matinee screenings will take place in the morning hours: the legendary That Beautiful Day (Tistega lepega dne) for seniors, and for juniors The Magical World of Animation, a programme of the finest Slovenian animated films as selected by the Slovenian Animated Film Association (DSAF). The Tartini Theatre will also host one of the industry events: a presentation of the Days of Slovenian Film in Belgrade.