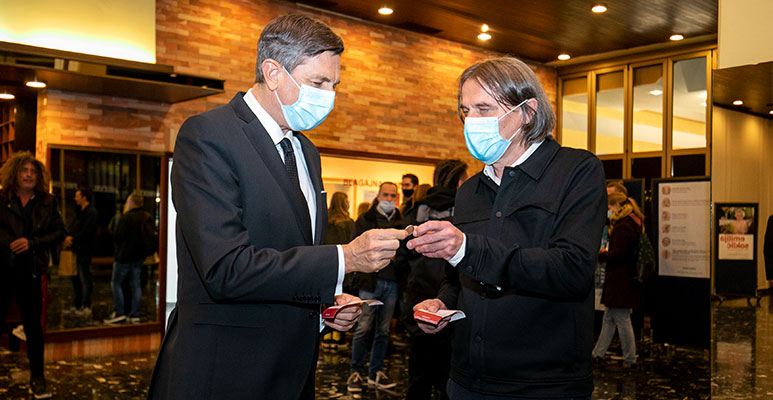 This year’s festival edition is introducing the so-called “cinema euro for film students”, a tool to provide festival accommodation for students of film schools. Since we believe that it is vital for aspiring young filmmakers to be in touch with local filmmakers and film professionals, we want them to be as actively engaged with the festival as possible. The token surcharge of €1 on every issued ticket was introduced to enable them to stay in Portorož for the entire festival. The cinema euro is included in the ticket price, which is therefore slightly higher than in previous years. The surcharge is also payable on the tickets that were previously free-of-charge: for accredited delegates, students, as well as residents of the Piran municipality and invitees to the opening and closing ceremonies. An exemption only applies to accredited members of the press, who attend festival screenings in the course of their duties.