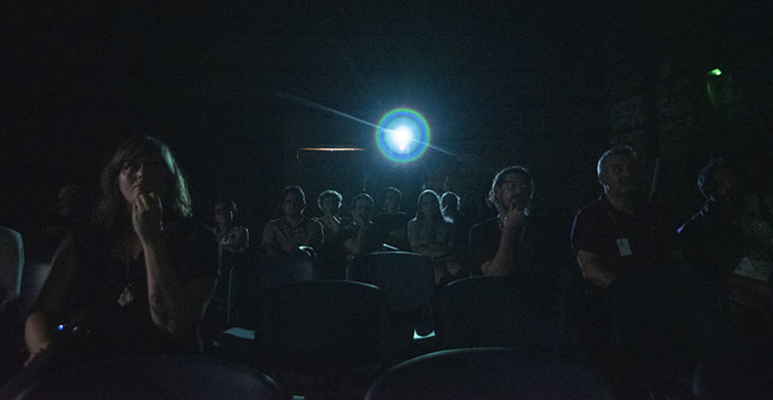 Among the films scheduled for screening today are a set of short experimental films by the 2019 Badjura Award laureate Andrej Zdravič; Gregor Božič’s feature debut Stories from the Chestnut Woods, which has arrived in Portorož straight from its world premiere in Toronto; The Son by Bosnian director Ines Tanović, the opening film of this years Sarajevo festival; and The Right One, Urška Djukić’s short film that was screened at the opening of the Directors’ Fortnight 2019 in Cannes.

The industry programme starts in the morning with the CPRM Networking Platform, a public presentation of selected Slovenian and Italian projects in development and pre-production seeking potential international partners. Projects will also be given an opportunity to better prepare their presentation strategies with the help of the international AV consultant and scriptwriter, Alejandro de la Fuente. This will be followed by Re-act Masterclass by producer Marta Andreu, and XR Workshop hosted by Marko Cafnik.

After the screenings, at 10 pm in Monfort, be sure not to miss the hip hop act Matter!